Android 5.1 is now rolling out to Nexus devices and it will only be a matter of time before LG or HTC get the wave as well. It is however expected that Samsung will drag it's feet on this one. It is also expected that the S6 will be given preferential treatment.

I write this as a Note 4 owner. I write not that the Samsung brand is not so much better, it is. Looking at the S6 version of Touchwiz it is plain to see that it flows and it is appealing. One of the things which make 5.1 appealing is the under the hood tweaks to the processor control. It uses all the multicore features all the time. This means it is always running optimally.  Obviously in the making of this new version battery life would need a tweak to meet this new demand.

So Samsung come on and start rolling out 5.1. 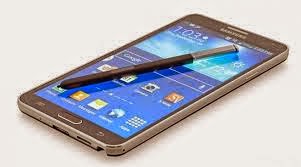