The Microsoft Lumia was sent to me to test. It's a great phone. Great build and great software.  I will write a full review soon. 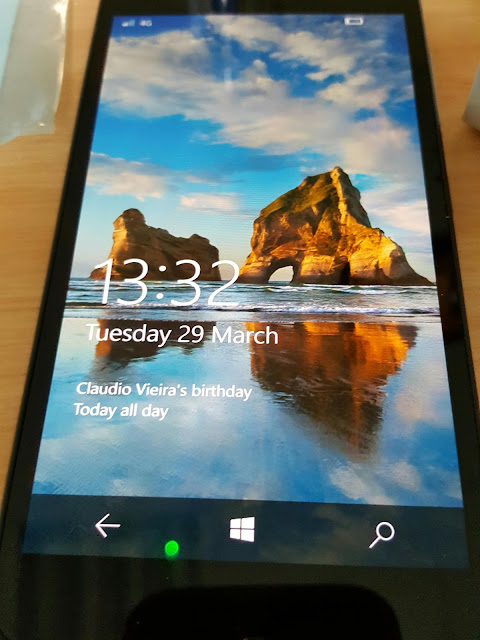 The old handset from 2009 is making quite a comeback due to the fact that it is so versatile that you can run about whatever rom type you want.

It originally shipped with Windows Mobile 6.5 Professional and although the handset is no longer supported by HTC, a very marketing malicious strategy, you can run Windows Phone 7.8 and yet you cannot access Live Services due to lack of a Activation Code from Microsoft. You can run Android roms also. Also Meego roms when they were all the rage.

When you consider that in 2009 the landscape was so much different with Android barely at Cupcake, when compared with Marshmallow today, who could have predicted the trajectory of a ground breaking OS that Android is. Whether you like it or not the Android OS is the only one that can take on IOS. Even Blackberry with their PRIV has conceded this fact.

The experience with the HTC HD2 has been interesting to say the least, in that I tried Windows Phone 7.8 but was stumped with the lack of Live Services, and yet performance was great. I returned back to Windows Mobile 6.5 with the use of a RUU utility which restored things.

I understand the cult following, how flexible a phone can be...this has to be it...so why would HTC or any other OEM want to leave behind possibilities which are endless...maybe the answer lies in the economics...hobbies are not for professionals, and they don't pay!!!
at March 08, 2016 No comments:

We are starting a new feature called Lookback. This is where we review the most famous Smartphones that marked the years since the original IPhone in 2007. If you desire me to do a review of a particular smartphone please write to russell.durose@gmail.com